Brussel Sprouts with bacon are having a moment. More and more we’re seeing this dish in restaurants and pubs.

When they’re cooked just right, Brussel sprouts are a wondrous vegetable to behold – tender, flavorful, and with just a hint of natural sweetness.

Perhaps, though, you’ve experienced overcooked sprouts that were less than stellar. Brussel sprouts contain glucosinolates, healthy nutrients that begin to release a sulfur smell during cooking. This process begins after about five minutes, so the trick is to steam the sprouts for five minutes and then finish them off in a hot pan to sear their tender goodness without overcooking.

Here’s the simple process, which caramelizes the sprouts and brings out their nutty flavor:

We love the way bacon brings out the flavors of vegetables, like bacon-wrapped sweet corn and our Better Bacon Green Bean Casserole.

This recipe is adapted from the cookbook 101 More Things To Do With Bacon, written by BENSA founder Eliza Cross and published by Gibbs Smith.

The first step is to wash the sprouts well, trim the stems and cut them in half.

Fit a steamer basket or insert in a medium pot, add about 1 inch of water, and bring to a boil. Add the sprouts to the steamer, cover, set your timer, and steam them for exactly five minutes. 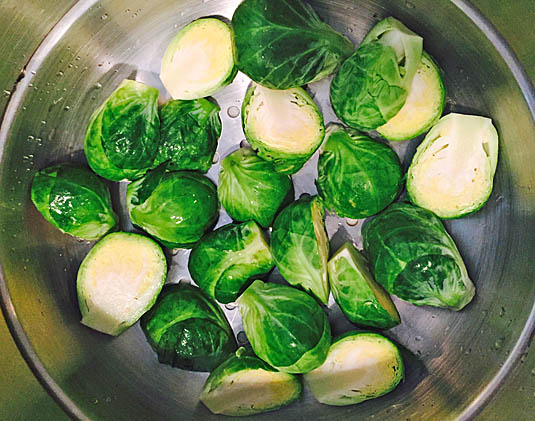 While the sprouts are steaming, cook 8 slices of chopped bacon in a large skillet over medium heat, stirring often.

Drain the sprouts well in a colander, shake to remove any additional water, and add them to the pan with the bacon. 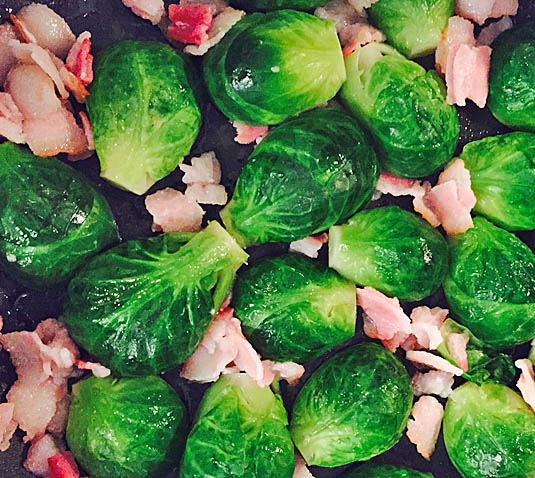 Use a slotted spoon to transfer to a serving dish or plates. This recipe makes about 6 servings. 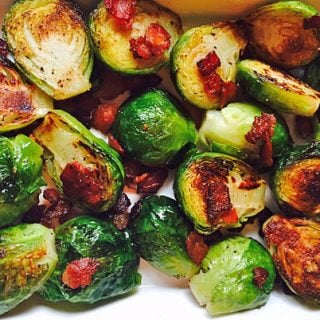 Store any leftover Brussel sprouts with bacon in a covered dish in the refrigerator, and enjoy within 2 days. 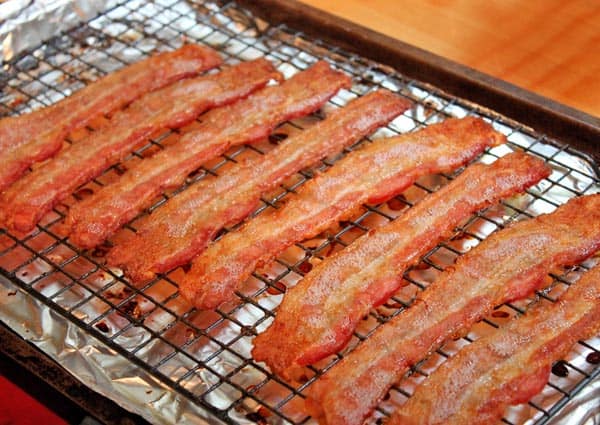 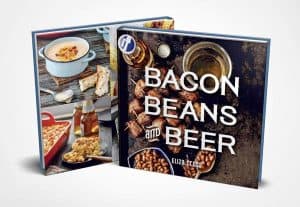